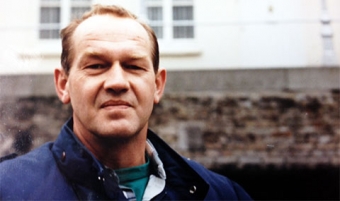 The Henk Zwart Memorial Fund was established in 1990 to provide financial support to residents living at Bethlehem Place who require external therapeutic services but cannot afford to do so. Henk's family established the fund after his sudden passing as a way of honouring his legacy of compassion and quiet caring for others.

The fund honours the memory of Henk Zwart who at 17 years of age emigrated from the Netherlands.

He understood what it was like to make one’s way in an unfamiliar place and how important a community was in establishing a new life in Canada. Henk was a man of few words, whose actions defined his character. He was a loyal, kind and compassionate man who quietly offered support to help people overcome obstacles.

He sought out those who stood on the sidelines and drew them in. His life was characterized by the words of the prophet Micah who in response to the question of what God requires of us answers, "... do justice, love mercy and walk humbly with your God."

Recognizing that Henk was humbled by the efforts of those who worked hard to turn their lives around, the Zwart family created a memorial fund to support people on their journey toward change and healing. His wife Ellen was the organization’s first Executive Director.

« Back to Ways to Give