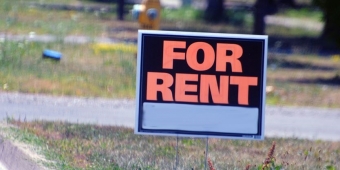 Niagara This Week released an extremely educational article on how low vacancy rates and soaring rent costs are impacting homelessness in Niagara.

Plummeting vacancy rates and soaring rent costs for Niagara apartments appear to be driving up both the number of homeless people and the length of time that homeless people are forced to stay in shelters, the second count of homelessness in Niagara shows.

Two years after the first-ever point-in-time homelessness count in Niagara, the number of homeless appears to have climbed in the region.

In turn, shelters for those without a place to call home are bursting at the seams, information from the count suggests.

On the night of March 27, 87 volunteers and 75 community agency staff fanned out across much of Niagara, counting the number of homeless people in emergency and domestic violence refuge shelters, transitional housing programs, and in unsheltered locations such as under bridges.

The bi-annual Niagara count — now mandatory under provincial legislation — found 625 people were homeless on that March day, including 114 children aged from under one year old to age 15.

Overall, that’s substantially higher than the 2016 count, which found 465 homeless. While most age groups saw mostly stable homelessness rates, in the 31-49 year old age bracket the number of homeless doubled from 93 to 186 over those two years. Why, isn’t clear.

But what is clear is that shelters are struggling to handle demand.

In a new report to be discussed at a regional committee meeting on Tuesday, regional program evaluation and data adviser said the decline in rental vacancy rates and a dramatic increase in house prices in the spring of 2016 saw annual shelter occupancy rates — consistent at 85 per cent for years — surge to 98.2 per cent in 2016, 107.6 per cent in 2017 and 109.4 per cent in the first four months of 2018.