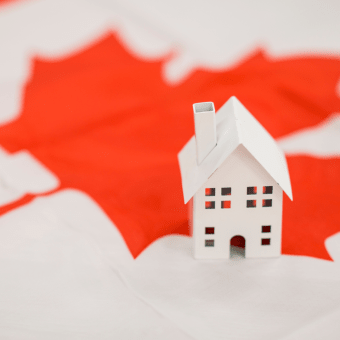 Sophia made the difficult decision to leave her home in the Caribbean in order to escape domestic violence. Determined to build a new life for her and her two young daughters, Sophia decided to move to Canada.

After making the journey, Sophia again started to experience violence in the home where she was staying. Due to safety concerns, she had to leave. As she continued to move from place to place, Sophia was granted refugee status and with the help of a friend, was successful in bringing her two daughters to Canada.

Although they had very little, Sophia was overjoyed to once again be reunited with her daughters. Living arrangements became difficult and Sophia moved from shelter to shelter until the day she was promised a cleaning job. When the prospect of a job fell through, Sophia and her daughters were back to living in shelters throughout the Niagara Region.

Sophia’s thoughts consumed her as she watched the opportunities and goals in her life deteriorate. With no one to talk to and no guidance available, she started to lose hope in herself. As the clock kept ticking, and her anxiety intensified, Sophia became determined to find a fresh start for her and her young girls. When she spotted a flyer for Bethlehem Housing and Support Services her hope was restored once again. Sophia felt relief and excitement when she was accepted into Bethlehem Place, our transitional supportive housing program.

She was more ready than ever to start her journey to stable and secure housing with the help of our Community Support Staff. With several goals in mind, Sophia started taking the first steps with her Community Support Worker at her side. Sophia shared that since she has been living at Bethlehem Place, she has learned a lot about how to keep motivated, and her Support Worker follows up on a regular basis to help her stay on track with her goals.

“Under the guidance of my support worker, I was able to achieve my goals, and chances in life. My Support Worker talked me through my goals and what I wanted to become. She took the time to sit down with me and remind me just how important my life is.

My community support worker encouraged me to push myself forward to achieve the goals that we had planned out together, and I was able to learn how to overcome a number of obstacles.

I would like people to know that Bethlehem Housing is a great organization that was there for me when I had nowhere to go, and that my support worker was there to help guide me every step of the way.”

Your support is essential in helping Bethlehem to serve and support an even greater number of families and individuals like Sophia.

Join us at our Housing Hero Summer Party Open House!