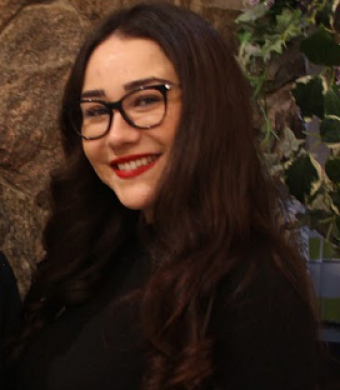 Kaylah Zarger began volunteering with Bethlehem Housing and Support Services as an intern in October of 2017.

She heard of Bethlehem through one of her courses in the Business Communications program at Brock University. Kaylah’s Teaching Assistant in the course thought this internship opportunity would be a good fit for her, as our vision and mission aligned with what Kaylah was looking to work with.

Kaylah says, “I personally relate to Bethlehem. I grew up in a single parent household and my mom was always struggling to find work or keep a stable job. I experienced firsthand what it was like to live in an unfortunate home.”

At only 14 years old Kaylah had to get a job and start buying groceries to help support her mom and two younger brothers. She eventually moved out at the age of 17 and has been self-sustaining ever since.

When Kaylah moved out her mom became homeless with her two brothers. She explains, “Once they became homeless they were put on a waitlist for an emergency shelter and affordable housing.” Her mom is now doing well. She is living in stable housing, maintains a steady job, and has family support.

Having experienced and witnessed her own family go through poverty and homelessness, Kaylah became inspired to give back to the community in any way she can.

During her internship, Kaylah worked on creating a variety of marketing materials and tools. For example she created two infographics, a DIY and P2P Fundraising Toolkit, a social media campaign for our 30 Year Anniversary, and much more!

Kaylah says, “Volunteering for Bethlehem has been extremely rewarding. I enjoy working closely with Jennifer and Lindsay. It’s a very close group and it really made me feel a part of the organization.”

Kaylah would eventually like to open her own organization in some type of social service work to help her community. Long-term she would like to move to a third world country to teach English.